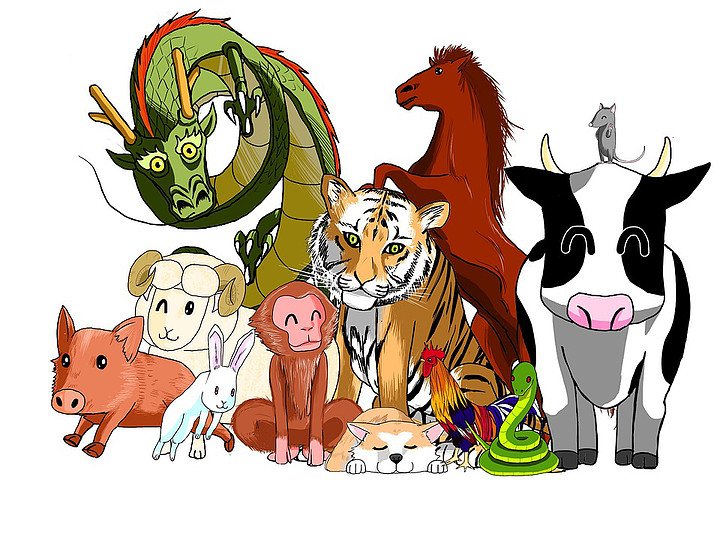 Why Is There No Cat in the Chinese Zodiac?

By LGO TranslationsApril 24, 2018April 29th, 2020No Comments
With the year of the dog quick approaching, cat lovers everywhere are feeling a lack of representation. The Chinese zodiac features the rat, ox, tiger, hare, dragon, snake, horse, ram, monkey, rooster, dog, and pig. “How,” screams the crazy cat lady from down the street, “did the rat get the first position and the cat not even make the list?” The answer is a story of friendship, betrayal, trickery, and deceit. Here is the story of the order of the Chinese zodiac. Long ago, the Jade Emperor ordered that twelve animals would be assigned to the calendar and that those who arrived first would get the honor. At the time, the cat and the rat were the best of friends. When they heard the news, the cat immediately went to the rat to ask his help. The animals had to arrive early to get on the calendar, but the cat was known for sleeping at odd hours and getting grumpy when woken up. So the rat sincerely promised his friend to wake him with enough time to get to the palace in good spirits. Come the next morning, the rat quietly went about his routine. He washed and prepared to meet the emperor and quietly left without the cat. On his way, he encountered the tiger, ox, dragon, and many other animals that were much quicker than he. So, the cunning rat devised a plan. He went to the ox, the most straightforward and hardworking of all the animals, and asked for a ride. The ox agreed on the condition that the rat sing for him. So the rat sat on his snout and serenaded him all the way to the palace. With the palace in sight, the ox got very excited about being the first animal of the year. But at the last moment, the rat sprang off his snout and arrived at the feet of the emperor before any other animal. One by one, the rest of the twelve arrived until, after the pig, the cat came running into the palace. The cat was the thirteenth to arrive and would not be assigned to the calendar. Filled with rage, the cat chased the rat he once thought of as a friend. And that is why the cat is missing from the Chinese zodiac. Still angry, cats chase rats to this day.